"News Fit to Transmit in the Post Cassini Flyby Era"

"We are all citizens of a world community
sharing common perils. Is it inevitable that
because of our passions and our inherited customs
we should be condemned to destroy ourselves?

Editor's Notes: Flyby News has produced three new videos centering around a forthcoming program from our interview with Bart Jordan on 07 September, 2016. It contains proof that Bart Jordan was the lead mathematician for the Manhattan Project in 1945 (when only eight years old), and led NASA in their Mars Viking 1 Mission that recorded the Cydonia Region, centering around the apex of a five-sided pyramid at 40.87 north latitude. It is a one-of-a-kind story about how he discovered and then confirmed how an advanced pre-ice-age civilization left a warning for our present time on Earth.

It was after reading Gullivers Travels, in which Jonathan Swift had accorded two moons to Mars, named Phobos and Deimos by the ancient Greeks, little Bart Jordan sought to determine their exact revolutions and distances from Mars. In 1942 when he was just five years of age, he received these numbers through a Homeric SAMAN-NAMAS channel, i.e. shamanic, and in the following year used an ancient cosmic numbering system based on alphabetic tone frequencies (Hellenic, Germanic, & Semitic). This allowed him determine the distances and these four measures were published in the statistical box of Encyclopaedia Britannicas article on Mars, running from 1966 to 1973. To date there has been no other explanation for this published account, which was prior to NASAs ability to measure and confirm.

The key message for humanity is to abolish nuclear weapons
and war, and to embrace harmony - or - Earth's atmosphere
and life will be destroyed like what had happened on Mars.
Perhaps with the emergence of this information, and what
we plan to publish, there is hope.. and possibilities beyond
our wildest imaginations for humility and openness to what
is and not what we are told to believe by those distorting
truth for military and fear-driven purposes. 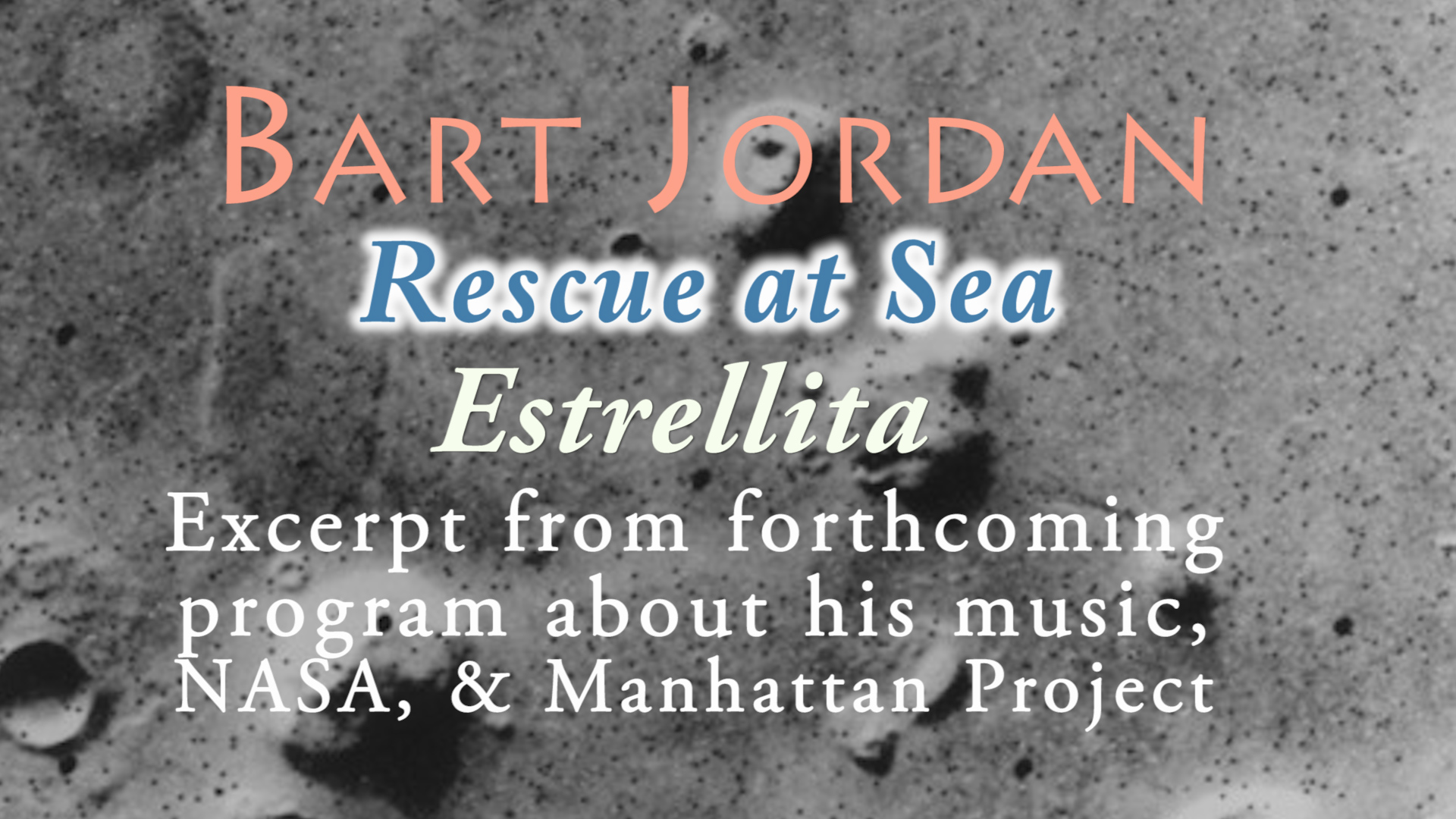 Three of Bart Jordan's recordings on classical guitar are included
in this under 8-minute excerpt from a program now in production,
Bart Jordan and Mars Viking 1. In this video Jordan shares a rescue at sea.
He served in the US military as a search and rescue member. Jordan studied
under Andres Segovia and was a concert improvisation guitarist. "Estrellita"
(little star) was composed by Manuel María Ponce Cuéllar in 1912.